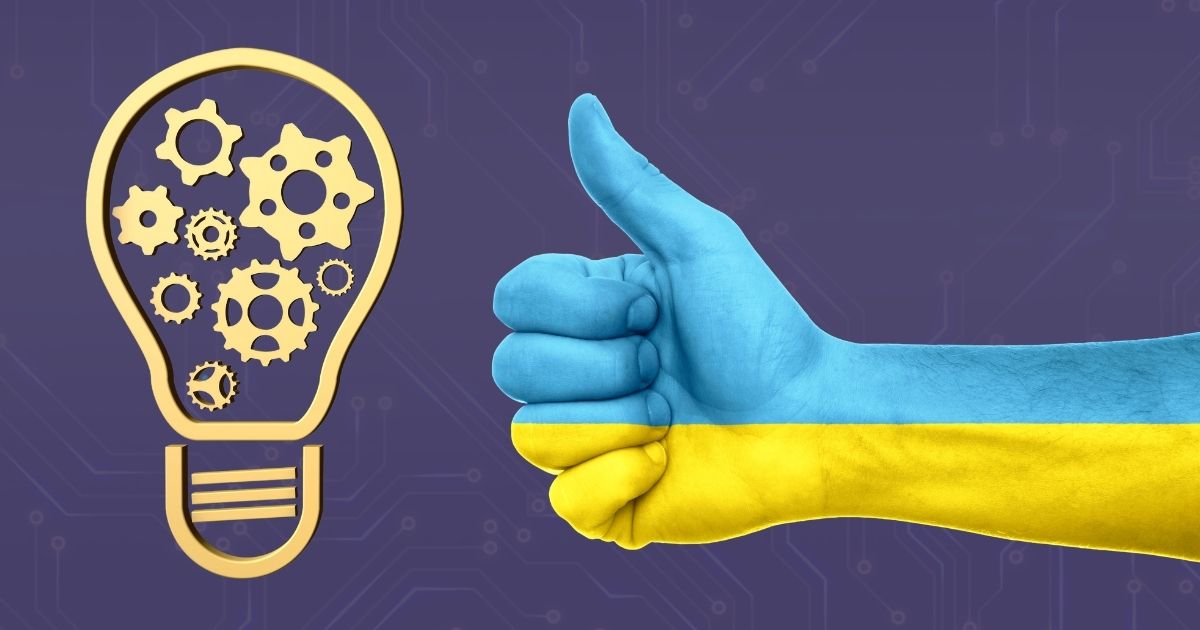 Despite Ukraine’s hardship you may be surprised by these incredible Ukrainian inventions that have changed the world. The devastating invasion of Ukraine by Russia has shocked the world over. The prospect of war within the European continent feels close to home for many and for people in the west it’s hard to fathom. Ukraine has […]

Despite Ukraine’s hardship you may be surprised by these incredible Ukrainian inventions that have changed the world.

The devastating invasion of Ukraine by Russia has shocked the world over. The prospect of war within the European continent feels close to home for many and for people in the west it’s hard to fathom. Ukraine has a long history of enduring hardship, being the second poorest country in Europe, with a per capita GDP of less than $3000 it has had a difficult time rebuilding its economy after the collapse of the USSR in 1991. Despite the shortcomings of Ukraine’s economy, it has shown incredible potential for innovation and ingenuity over the years. Sadly, due to Russia’s invasion, Ukraine’s economy and innovative possibilities will be held back once again.

It’s easy to get complacent when using modern technology, giving no real thought to its place of origin or how it came about. Interestingly, an abundance of major technology has been created by brilliant minds in Ukraine.

The invention of HDD was a game changer that revolutionised the way information was recorded. Many people still use these throughout the world as they prefer a physical storage method rather than a cloud-based solution. Created by two IBM researchers — David Thompson and Ukranian born Lubomyr Romankiw. The two IBM researchers invented magnetic thin film storage heads that dramatically increased storage density, greatly decreased disk size and drastically decreased cost of magnetic storage. Romankiw became the author of 65 patents throughout his career and in 2012 entered the US National Hall of Fame, along with nine other inventors including Steve Jobs.

This is a bittersweet invention to highlight. The Antonov An-225 ‘Mriya’ (‘Dream’) is the world’s largest commercial plane and the heaviest aircraft ever! Constructed in Kyiv, Ukraine between 1985-1988 by Oleh Antonov Aircraft Design Bureau it was originally intended for the needs of a space program, carrying the space shuttle ‘Buran’ on the fuselage. In 1989, it set 106 world records in just one flight! Then ‘Mriya’ had a maximum take-off weight of more than 500,000 kg (1.1 million pounds). The reason why this invention is bittersweet is because sadly this peace of history is now known to have been destroyed by Russian forces during the invasion.

The R-4 was the world’s first large-scale mass-produced helicopter that is included in the US Army, Navy, Coast Guard, and the United Kingdom’s Royal Air Force and Royal Navy. Designed by Ukraine’s is Igor Sikorsky, dubbed as the father of the world helicopter industry. It was first publicly demonstrated in 1940 and in 1944 became the first helicopter in the world to be placed in series production. The Sikorsky R-4 was the first true helicopter to make a landing at sea, revolutionising the way people could be rescued.

Ukrainians have made waves in the medical field as well! In 1965, the Kyiv surgeon Mykola Amosov invented antithrombotic prostheses and performed the first heart mitral valve surgery. Amosov also founded the Cardiac Surgery Centre that became the world’s top centre of global innovation in medicine.

Invented by four Ukrainian students from Donetsk Enable Gloves can establish verbal contact between people who have disabilities and others who do not understand sign language. Each glove has 15 touch sensors (powered mainly by solar batteries) that recognize sign language and then convert it to text on mobile devices via Bluetooth. Impressively, the Ukrainian invention was featured by Microsoft and Time Magazine placed the Enable Talk project in the list of the most interesting and important inventions in 2012.

Admittedly this innovation hasn’t saved lives or made life easier in some way, however it did revolutionise the way in which social media was used. A technology that millions of people use day in day out that brings people together around the world. Snapchat filters and lenses first came about when Snapchat acquired Ukrainian start-up, Looksery. Looksery was bought in 2015, started by a Ukrainian team with Victor Shaburov as the CEO.

There are loads more incredible inventions to discover in the below video.

As an electronics manufacturer who appreciates innovation and technology, we’re in awe of the incredible inventions developed within Ukraine. We at UK Electronics Ltd were and still are deeply saddened to see the situation unfold and we wholeheartedly support Ukraine’s right to be a sovereign nation.

Despite Ukraine’s hardship you may be surprised by these incredible Ukrainian inventions that have changed the world. The devastating invasion…

Despite Ukraine’s hardship you may be surprised by these incredible Ukrainian inventions that have changed the world. The devastating invasion…